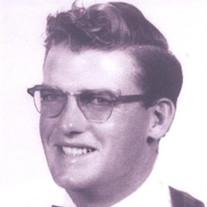 
He was preceded in death by his parents; 1
son; 1 daughter; 2 grandchildren; 2 brothers; and 1 sister.


Clarence worked at Caterpillar Inc. as a
welder; retiring in 1994 after 30 years. He was also a volunteer
for The Eureka Rescue Squad as well as the Emergency Services
Disaster Agency for several years. Clarence was also a musician and
loved to play his guitar.


Funeral services will be on Saturday June 15,
at 2 PM at Argo-Ruestman-Harris Funeral Home in Eureka with
visitation one hour prior from 1 PM until the time of services. The
Rev. Steve Evans will officiate. Interment will be in Olio Twp.
Cemetery.


Memorials may be made to the Eureka or El
Paso Rescue Squads.


Friends and family may give online
condolences at ruestmanharrisfuneralhome.com

To send flowers to the family or plant a tree in memory of Clarence H. Jordan, please visit our floral store.

To send flowers to the family in memory of Clarence Jordan, please visit our flower store.