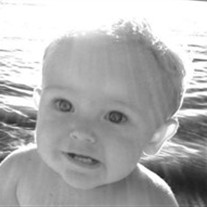 
Funeral services for Dylan will be held on
Monday, December 30, 2013 at 1p.m. at Argo-Ruestman-Harris Funeral
Home in Eureka. Visitation will be held one hour prior to services
on Monday at the funeral home. Burial will be in Olio Township
Cemetery in Eureka, IL.


Memorials may be made to the American Cancer
Society. Online condolences may be sent to the family at
www.ruestmanharrisfuneralhome.com.

To send flowers to the family or plant a tree in memory of Dylan Michael Cranford, please visit our floral store.

To send flowers to the family in memory of Dylan Cranford, please visit our flower store.