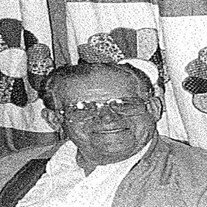 He was preceded in death by six brothers; four sisters; and one
stepson.

Gene served in the U.S. Air Force during WW II as a Mess
Sergeant. He worked at the Lacon Woolen Mill, for the Rock Island
Railroad, as a mine foreman for the Hy-Test Brickyard, and at JT
Fennel Co. where he retired in 1991.

He was a member of the Chillicothe American Legion, Chillicothe
VFW, "NARCOA" the North American Railcar Operators Assosciation,
and the Monticello Railroad Museum.

Gene was a loving husband, father, grandfather and friend who
will be missed by all who knew him.

Cremation rites have been accorded and there will be no
services. Memorials may be made to the Monticello Railroad
Museum.

To send flowers to the family or plant a tree in memory of Elmer E. "Gene" Davis, please visit our floral store.

To send flowers to the family in memory of Elmer Davis, please visit our flower store.