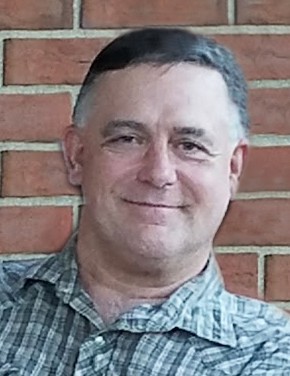 Roanoke – James L. Wiegand, 65 of Roanoke, went home to be with his Jesus on Thursday, December 2, 2021, at OSF St. Francis Medical Center in Peoria.

Jim farmed in the Roanoke area all his life.  He enjoyed all aspects of the family farm and loved taking care of animals including his dogs and many farm cats. He was involved in the Pioneer seed business for many years and had previously been involved with his brothers in their excavating business, Wiegand Enterprises.

Jim received his pilot’s license early in his life and flying was one of his great pleasures.

He had a love for young and old and worked well with all the young men that their farm employed over the years.   He never knew a stranger and enjoyed fellowship and meeting new people.  He was a great conversationalist and listener and was a friend to all.  His patient and gentle spirit was seen as he cared for his mother in her latter years.

Jim was a member of the Roanoke Apostolic Christian Church.  Always willing to work and help, he was active in the church choir, sang at funerals and helped in the sound room.

Jim sustained a serious farm accident in 2016 resulting in a spinal cord injury leaving him dependent on life from a wheelchair.  After this he resided at the Roanoke Apostolic Christian Home where he continued to co-manage the farm helping with decisions and keeping abreast of what needed to be done.  While at the home, he had a ministry of sharing God’s love to the residents.

The family would like to thank the wonderful staff and the nursing home for the love and care provided to Jim over these years.  They also want to thank all the friends and volunteers who drove Jim to his appointments and offered their prayers and encouragements.

Funeral services will be held at 10 am on Tuesday, December 7, 2021, at Roanoke Apostolic Christian Church.  Visitation will be held from 4-7 pm on Monday at Knapp-Johnson-Harris Funeral Home and from 9-9:45 am on Tuesday at the church.  Burial will be in the church cemetery.

Memorial contributions may be made to the Apostolic Christian Home of Roanoke.  Online condolences and tributes may be sent to the family at knappjohnsonharris.com.

To send flowers to the family or plant a tree in memory of James L. Wiegand, please visit our floral store.

A Memorial Tree was planted for James

To send flowers to the family in memory of James Wiegand, please visit our flower store.