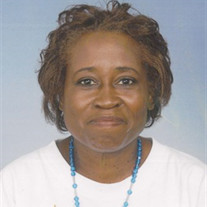 A private service will be held and cremation rites will
be accorded.

Loretta was born on April 2, 1949 in Bloomington, IL the
daughter of Lawrence J. and Josephine (Mazique) Hosea.

Loretta worked as a phlebotomist in Los Angeles, as an assistant
childcare teacher at learning centers in St. Louis and Bloomington
and retired as a Home Care Aide assisting people with disabilities
in 2008.

She loved her family and spoiling them with her talents as a
great cook. She loved to dance and meet new people from all walks
of life. Loretta was a generous person and she would share whatever
she had with a person in need.

Online condolences and memories of Loretta may be sent to the
family at kiblerbradyruestman.com

To send flowers to the family or plant a tree in memory of Loretta "Retta" Theresa Hosea Kinerd, please visit our floral store.

To send flowers to the family in memory of Loretta Kinerd, please visit our flower store.