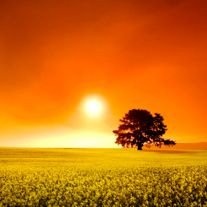 He was proceded in death by his parents, one son, Rodney Koch, three brothers, and one sister.

Marvin worked 46 years for Caterpillar Inc, retiring from the tech center in Mossville in 2009.

Marvin loved being outside working at home on the farm. He liked to bowl and had served his community as volunteer on the Roanoke Fire Department and the Roanoke Ambulance.

Per his wishes cremation rites will be accorded and there will be a celebration of life held by the family at a later date. Knapp-Johnson-Harris Funeral Home in Roanoke is assisting the family with arrangements.

Memorial contributions may be directed to the Roanoke Fire Department or to Lifesong For Orphans in Gridley, IL. Online condolences and tributes may be shared with the family at knappjohnsonharris.com

To send flowers to the family or plant a tree in memory of Marvin Koch, please visit our floral store.

To send flowers to the family in memory of Marvin Koch, please visit our flower store.