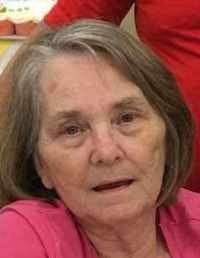 Mary E. Davis, 75, of Cissna Park passed away on Saturday, May 21, 2022 at Riverside Medical Center in Kankakee.  She was born June 23, 1946 in Kankakee, the daughter of Melvin and Florence (Dionne) Karsgaard and they preceded her in death.

Mary enjoyed puzzles and playing Bingo.  She loved spending time with her family.

Cremation rites will be accorded by the Knapp Funeral Home in Cissna Park.

A Celebration of Life will be held at the Chebanse Community Building on Friday, May 27, 2022 starting at 3:00 p.m.

Burial will be held at a later date at Evergreen Cemetery in Chebanse.

To send flowers to the family or plant a tree in memory of Mary E. Davis, please visit our floral store.

A Memorial Tree was planted for Mary

To send flowers to the family in memory of Mary Davis, please visit our flower store.