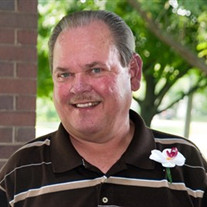 He was born on April 21, 1946 in Streator, IL the son of
Theodore and Mabel Turner Koehler. He married Joy Moreland on July
2, 1965 in Eureka, IL. She survives.

He was preceded in death by his parents, one son, Brian Koehler,
and one brother, Don Koehler.

Morrie was employed by Caterpillar, Inc. for 42 years. While
working there, he and seven colleagues developed a new machine
design which earned two United States patents.

Morrie was a member and former president of the Eureka
Sportsmen's Club. He belonged to the Eureka Jaycees where he
received the award for Jaycee Of The Year at the age of 21.


Funeral services will be held at 11:00 am on Wednesday, March 13,
2013 at the Argo-Ruestman-Harris Funeral Home in Eureka. Rev. Duane
Ambrose will officiate. Visitation will be held on Tuesday evening
from 5-8 pm at the funeral home. Burial will be in Olio Township
Cemetery in Eureka.

Memorial contributions may be made to the American Lung
Association. Online condolences may be sent to the family at
ruestmanharrisfuneralhome.com.

To send flowers to the family or plant a tree in memory of Morris Koehler, please visit our floral store.

To send flowers to the family in memory of Morris Koehler, please visit our flower store.