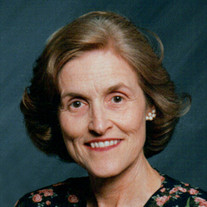 Bloomington - Patricia Jo Ficca,
79, of Bloomington, passed away at 3:34 a.m. on Thursday, December
5, 2013 at her Westminster Village residence.

A memorial service will be held at
11 a.m. on Monday, December 9, 2013 in the Evelyn Chapel at
Illinois Wesleyan University in Bloomington with Rev. Susan
Baller-Shepard officiating. A reception for friends and family will
be held in the Memorial Center/Joslin Atrium at Illinois Wesleyan
University from 12-2:00 p.m. following the service on Monday. A
private inurnment will be held at Funk's Grove Cemetery in McLean
County, Illinois.

In lieu of flowers, memorials may
be made to the Arthritis Foundation, OSF Hospice, Westminister
Village Foundation or IWU Ficca Theater Scholarship.
Kibler-Brady-Ruestman Memorial Home in Bloomington is assisting the
family with arrangements.

Patricia was born on November 29,
1934 in Salem, West Virginia, a daughter to Wayne and Florence
(Stone) Hurst. She married John Ficca on September 6, 1953 in
Follansbee, West Virginia.

Preceding her in death are her
parents Wayne Hurst and Florence Stone and her sister Linda
Spillers.

Patricia attended West Liberty
State College in West Virginia and finalized her bachelor's degree
at Illinois Wesleyan University. She taught Kindergarten at Lincoln
Elementary School and was the pre-school director for eighteen
years at Second Presbyterian Church in Bloomington.

To send flowers to the family or plant a tree in memory of Patricia Jo Ficca, please visit our floral store.

To send flowers to the family in memory of Patricia Ficca, please visit our flower store.