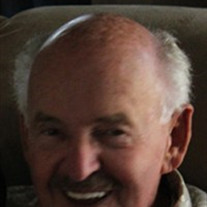 Normal-William "Bill" Hertter, 70,
of Normal passed away on Tuesday, January 1, 2013 at Advocate
BroMenn Medical Center. Visitation will be held Friday, January 4,
from 4-8 pm, with a celebration of life service being held
Saturday, January 5th at 10 am, both at Eastview
Christian Church with Rev. Mike Baker officiating. Interment will
be in Park Hill Cemetery. Kibler-Brady-Ruestman Memorial Home in
Bloomington is handling arrangements.

Bill retired from the Pantagraph as
director of circulation in 2007 after a 43-year career there. A
Bloomington High School graduate, he attended Illinois State
University and in 1964 began work in the Pantagraph's circulation
department. While there, he received numerous honors, including
Central States Circulation Managers' Association Circulation
Executive of the Year and the Newspaper Association of America's
Lifetime Achievement Award. Circulation Management of Illinois
created an annual award in his honor. He also served as president
of the board of directors of Joy Care Center and Jobs Partnership,
both faith-based outreach programs for ex-offenders, and has been
involved in several other civic groups including the United Way of
McLean County, Home Sweet Home Ministries, the McLean County
Chapter of the American Red Cross and the Occupational Development
Center.

Bill was blessed with a very full
life of family, love and faith. He was a constant reminder of the
love intended by God through his devotion and love to his children,
grandchildren, and most importantly his wife, Carol, of 48.5 years.
The love they shared was a basis for his faith and he left behind
the understanding and teaching of the importance of having love
within, showing love to others and accepting love from others
especially the love of our Lord.

He lived prominently as an example
of his own faith in Jesus Christ. While his family has experienced
deep sadness that he is gone from them, there is much to rejoice
about because he's spending eternity with the King of Kings and
Lord of Lords! What a legacy he has left for family and friends. He
is absent from his earthly body and present with the Lord Jesus
Christ!

It is obvious that Bill lived out
Matthew 6:19-21 which reads, "Do not store up for yourselves
treasures on earth, where moth and rust destroy, and where thieves
break through and steal. (20) But lay up for yourselves treasures
in heaven, where neither moth nor rust destroys, and where thieves
do not break in or steal (21) for where your treasure is, there
your heart will be also."

Its so evident God was very real to
Bill and orchestrated his life in such ways that he reflected the
love of Jesus Christ to all with whom he had contact. My, my what a
glory to God for his life!

We will never see Bill again on
this earth but when we all get to heaven what a day of rejoicing
that will be, when we all see Jesus we'll sing and shout the
victory! In the meantime, let us continue our journey of faith so
that we run the race well and finish strong as did Bill. We serve
an amazing God who is able to do above that which we can even ask
or think! He will be missed but he will also be celebrated in the
lives of those he leaves behind.

Bill was preceded in death by his
father William A. Hertter and mother Carrie A. Hertter of
Bloomington and his sister, Anita Hinthorn of Tacoma,
Washington.

To send flowers to the family or plant a tree in memory of William R. "Bill" Hertter, please visit our floral store.

To send flowers to the family in memory of William Hertter, please visit our flower store.