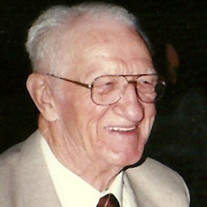 From the Coal Mines to the Moon

William J. Staudenmeier (Bill), 94, formerly of Essex Junction,
Vermont, passed away Sunday in the home he shared with his son Bill
Jr., his daughter-in-law Robin, and his grandson Tom in Eureka,
Illinois.  He was born in Ashland, Pennsylvania on November
19, 1917.  At the time, Ashland was a coal mining town located
in Schuylkill County in the Anthracite coal region of
Pennsylvania.  His father and mother, Francis Staudenmeier and
Caroline Schu Staudenmeier, had 11 children and they owned a small
restaurant and bar where Bill would sometimes help out.
Unfortunately, his father died while the children were still in
school and each child had to do what they could to earn money and
keep the family together.   Bill delivered newspapers,
collected scrap metal, and any odd jobs he could pick up. The Great
Depression had started, the coal mines closed, and the situation
was sometimes dire.  The family had a few chickens, grew their
own food and preserved it in traditional German ways but Bill
recalled some very lean times with little food after the restaurant
had to close.  But the family stayed together and he recalled
a happy childhood.  Bill, with the other boys and under the
supervision of his older brother, would gather huckleberries from
the mountains and break, sort, and bring back coal for cooking and
heating from the traces left on the mountain surface.  After
graduating from Ashland High School in 1936, Bill looked for stable
work taking a dangerous job for a short time as "an independent
miner."

Wanting to serve and looking for a better future, Bill enlisted in
the Army Air Corps in 1939 and was stationed at Bolling Field in
Washington D.C. as a flight engineer for most of World War
II.  He became the crew chief for the military VIP plane
during the war and went on to fly with some of the most famous
military leaders of the war when they would return to Washington
including Claire Chenault of the Flying Tigers.  One of his
most notable trips was flying members of the Roosevelt Cabinet to
the Yukon for the official ribbon cutting of the Alaska Highway in
November, 1942. While at Bolling Field he found the love of his
life, Virginia Arlene Hull, working in the Photo Squadron and after
a long romance, they married in 1946 before Bill had to leave to go
overseas.  From 1946-1947 Bill served as NCOIC of aircraft
inspection at Clark Air Base in the Philippines, followed by tours
in Reading, Pennsylvania, Wilmington, Delaware, and Bovington Air
Force Station in England.  In 1957, he was assigned to the
14th Fighter Group, Ethan Allen Air Force Base in Winooski, Vermont
and when they closed the base in 1960, he was one of the last to
leave as he chose to retire rather than leave Vermont.  The
commanding officer apologized for the informality as movers were
removing the furniture as he performed the retirement ceremony, one
of the very last official acts at this historic base's
closing.   Master Sergeant Staudenmeier was awarded the
Good Conduct Medal with 3 bronze loops, National Defense Service
Medal, American Defense Service Medal, American Campaign Medal, and
the Air Force Longevity Service Medal with 4 bronze oak leaf
clusters.

After retiring from the Air Force, Bill went on to become a Quality
Assurance Inspector for the U.S. government, handling contracts
throughout Vermont, Northern New York and southern Quebec
province.  His job was to make sure that the products being
produced by civilian companies met the government contract
requirements in quality and specification. His contracts ranged
from military blankets to a full size granite statue to be placed
outside a federal building.  One of his proudest jobs was
being responsible for assuring the quality of some of the key
components for the lunar landing module that successfully put U.S.
astronauts on the moon during the Apollo missions.

Bill and Ginny, his wife of 59 years, loved to play bridge with
friends and golf at their favorite course in Williston where both
of them shot a hole-in-one.  Into their 70's, they would often
be the first skiers following the Norwegian staff as they groomed
the cross-country trails at Trapp Family Lodge in Stowe, Vermont, a
short trip from their house.  He was a great storyteller with
a quick mind and a winning smile.  Ginny died in January 2006
and one year later, after 49 years in Vermont, Bill moved to
Eureka, Illinois to join the household of his son and his wife .
Late in life, friends, caregivers and casual acquaintances
would often comment about how much they loved him and add the
words: charming, honorable, kind, respectful, decent, warm, caring,
intelligent, and sincere.  He faced the maladies of age with
courage, integrity and grace, touching those whose path he
crossed.  He wanted to die at home and he did, peacefully in
his sleep, Sunday night, August 26th.  He will be sorely
missed by those who knew and loved him.

There will be a visitation with family from 10:00 am to 11:00 am
Saturday, September 1st at St. Luke's Catholic Church in Eureka,
Illinois. There will be no viewing. A funeral mass will follow at
11:00 am.  Internment will be in the Vermont Veteran Memorial
Cemetery with military honors at the convenience of the
family.  Memorials to be made to St. Luke's Catholic Church,
904 Reagan Drive, Eureka, Illinois, 61530; Eureka Fire and Rescue,
211 North Main Street, Eureka, Illinois, 61530 or the Eureka Area
Food Pantry, 106 North Callendar Street, Eureka, Illinois,
61530.  Argo-Ruestman-Harris Funeral Home, Eureka is in charge
of arrangements.

To send flowers to the family or plant a tree in memory of William J. Staudenmeier,, please visit our floral store.

To send flowers to the family in memory of William Staudenmeier,, please visit our flower store.