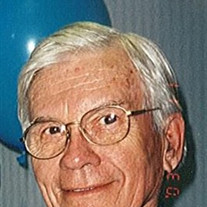 He loved to fish, was proud of his gardens, and enjoyed spending
time with his family.  Al was a devoted son, brother, husband,
father, grandfather, and uncle.  He will be missed by
many.

He was a member of the Immaculate Conception Church in Lacon and
the Knights of Columbus.  Al graduated from Hopkins High
School in Granville in 1955.  He helped many farmers in the
area and worked at the brickyards in Streator.  He also worked
at Champion Air Compressor in Princeton and retired in 1993 from
B.F. Goodrich/Geon in Henry after 30 years.

Also surviving are one brother, Don (Majorie) Skutt of Tiskilwa;
three sisters, Mary Jane (and the late Charles) Pratt of Granville,
Darlene (Larry) Fleming of Tonica, and Kathleen (Donald) Junker of
Magnolia; one sister-in-law, Jean Skutt of Granville; and many
nieces and nephews.

Visitation will be from 2:00 to 4:00 p.m. Sunday January 6, 2013
at Lenz Memorial Home in Lacon; with rosary at 4:00 p.m.
Services will be at 10:00 a.m. on Monday January 7, 2013 at the
Immaculate Conception Catholic Church in Lacon.  Father Tom
Mizeur will officiate.  Burial will follow at the Immaculate
Conception Cemetery in Lacon.  In lieu of flowers, memorials
may be made to St. Joseph's Nursing Home in Lacon or to the Varna
Ambulance Service.  Online condolences may be expressed at
www.lenzmemorialhome.com.

To send flowers to the family or plant a tree in memory of Albert Skutt, please visit our floral store.

To send flowers to the family in memory of Albert Skutt, please visit our flower store.