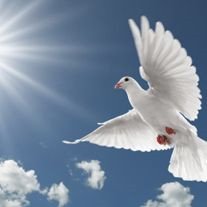 Germantown Hills - Alberta Hildagaurd Murphy, 94, of Germantown Hills, passed away at 10:30 pm on Wednesday September 27, 2017 at the Apostolic Christian Home of Roanoke where she was a resident.

She was born on September 4, 1923 in Worth Township, IL to Albert and Elizabeth Kneip Grebner. She married Frank Murphy on January 4, 1947 in Germantown Hills. He passed away on February 2, 1995.

Surviving is one sister, Jennetta Overand of Mosinee, WI and several nieces and nephews.

She was preceded in death by her parents, two brothers, Arnold and Gilbert Grebner; and two sisters, Celesta Koehn and Dorothy Grebner.

Alberta worked as a cook at the Germantown grade school for many years. She was of the Catholic Faith.

Per her wishes cremation rites will be accorded and and a memorial mass will be held at 9:30 am on Friday October 6th in the Activity Room at the Apostolic Christian Home of Roanoke.
Burial of her cremains will be at a later date in Prince of Peace Cemetery in Elberta, Alabama.

Memorial contributions may be given to the Apostolic Christian Home of Roanoke. Online condolences can be sent to the family at knappjohnsonharris.com


To send flowers to the family or plant a tree in memory of Alberta Murphy, please visit our floral store.

To send flowers to the family in memory of Alberta Murphy, please visit our flower store.