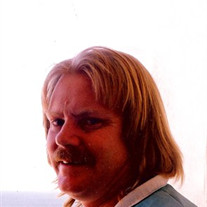 Dana- Allen L. Peifer, 56, of 239 E 11th Rd., Dana died at 8:41
P.M.
Wednesday, September 12, 2012 at OSF St. James Medical Center
Emergency
Room, Pontiac.
Allen was born January 16, 1956 at Bloomington, IL a son of Thomas
A.
and Mary Joan Peifer Peifer. He married Jeanette Lambert in
October
1989 at Seviervile, TN. She survives.
Other survivors include his father, Thomas (Diana) Peifer,
Bloomington;
two daughters, Paige (Chris) Jany Fitchburg,WI and Janelle
(Daniel
Hawk) Peifer, Rostock, Germany; two sisters, Tina (Larry)
Braden,
Peoria and Tami McKimmy, Bloomington. Several nieces and nephews
also
survive.
He was preceded in death by his grandparents and his mother.
Family will receive friends and relatives from 2:00 P.M. until
4:00
P.M. on Sunday September 16, 2012 at the Dana Fire Station with
a
firefighters walk thru and memorial service at 4:00 P.M.
Ruestman-Harris Funeral Home, Minonk is assisting the family
with
arrangements.
Allen served with the Dana Fire Protection District from 1998
until
present with the last 9 years serving as Chief. He was also an EMT
on
the department since 2008. He had mastered the level of black belt
in
Tae Kwon Do and Ki Do Kai Kempo. He taught classes in martial arts
at
the Dana Fire Station.
Memorial Contributions may be directed to Dana Fire
Department.
Online condolences may be sent to the family at
ruestmanharrisfuneralhome.com

To send flowers to the family or plant a tree in memory of Allen L. Peifer, please visit our floral store.

To send flowers to the family in memory of Allen Peifer, please visit our flower store.