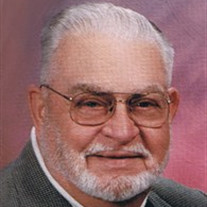 Alvin Aurbeck, 83, of Henry,  Illinois formerly of
Lacon died on February 3, 2014 at 8:20 AM at Heartland Healthcare
in Henry. He was born January 16, 1931 in Ophir, Illinois to the
late Andrew and Hilma Torkelson Aurbeck. He joined the Navy and
served during the Korean Conflict on the USS Tarawa. On January 21,
1961 he married Kay Newton in Chillicothe.  She
survives.

Lovingly known as Big Al, he always loved his family gatherings,
including the yearly Aurbeck family reunions. He loved his
motorcycles. Al and Kay were members of The Twin River Riders and
were blessed to be able to travel the country on their bikes with
their group of close friends. Al loved his winter vacations at
their second home in Labelle, Florida. He also enjoyed playing
cards, fishing, being outdoors, and helping his brother Ralph on
the farm. He truly treasured his family and many friends. He will
always be remembered for his loving and caring ways and will be
missed so very much! Al belonged to the Lacon American Legion Post
593 and Henry VFW Post 555.

Funeral services will be Saturday, February 8 at 1:00 pm at Lenz
Memorial Home in Lacon with visitation from 11-1pm prior to the
service. Reverend Wendy Popp will officiate.  Burial will be
in the Henry Cemetery. In lieu of flowers,  memorials can be
given to Henry Food Pantry or St. John's Lutheran Church.
Online condolences can be left at lenzmemorialhome.com.

To send flowers to the family or plant a tree in memory of Alvin Aurbeck, please visit our floral store.

To send flowers to the family in memory of Alvin Aurbeck, please visit our flower store.