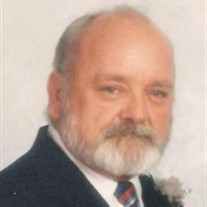 
He was preceded in death by his parents,  two
sons, Bobby, Paul; two daughters, Tina, Miriam; and one brother,
David Cranford.


Austin was a welder at Caterpillar, Inc for 30 years
retiring in 1998. After retirement he worked for FS in Eureka,
IL.


He was a lifetime member of American Legion Post
#466 in Eureka, IL; the VFW in Eureka and the UAW Local #974 in
East Peoria.


He was a proud supporter of the Chicago Cubs and
Chicago Bears.


He greeted everyone with a smile and a handshake and
considered you a friend. He loved raising the flag at the Eureka
High School and Eureka College Football games. He loved the
community he lived in and considered them family.


Funeral services will be held at 11:00 a.m. on
Thursday, January 30, 2014 at Argo-Ruestman-Harris Funeral Home in
Eureka. Rev. Tom Zobrist will officiate. Visitation will be held on
Wednesday, January 29, 2014 from 4-7p.m. at Argo-Ruestman-Harris
Funeral Home in Eureka. Burial will be at Olio Township Cemetery in
Eureka where military rites will be accorded at the grave.


Memorial contributions may be made to the Wounded
Warrior Project. Online condolences may be sent to the family at www.ruestmanharrisfuneralhome.com.

To send flowers to the family or plant a tree in memory of Austin "Ozzie" Cranford,, please visit our floral store.

To send flowers to the family in memory of Austin Cranford,, please visit our flower store.