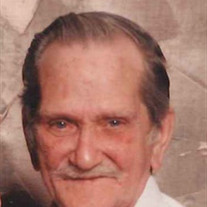 He was born on April 27, 1939 in Chicago, IL to Frederick and
Eleanor Wortiska Prokaski.  He married Michaela Davison on
December 15, 1986 in Eureka.  She survives.

He was preceded in death by his parents and one brother.

An Air Force Veteran, Daniel proudly served his country during
the Korean War.

Daniel was a journeyman plumber in the Chicago area for over 25
years.  He was a member of the Plumbers Union Local #130 in
Chicago.

He loved his grandchildren and enjoyed the time he could spend
with them and his family especially when they would gather for
family cookouts.  He loved his Chicago sports teams, and was a
die hard Cubs, Bears and Blackhawks fan.

Per his request, cremation rites will be accorded and there will
be no formal services.  Argo-Ruestman-Harris Funeral Home is
assisting the family with arrangements.

Memorial contributions may be made to the American Heart
Association.  Online condolences may be sent to the family at
www.reustmanharrisfuneralhome.com.

To send flowers to the family or plant a tree in memory of Daniel Prokaski, please visit our floral store.

To send flowers to the family in memory of Daniel Prokaski, please visit our flower store.