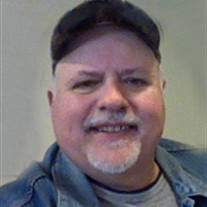 Delmar worked for DMI, Inc. in Goodfield, IL for 20 years. He
also farmed in the Eureka area all of his life.

He was a member of the Harvest Fellowship Church in El Paso and
of the Christian Motorcycle Association. He belonged to the
Woodford County Farm Bureau. He had been active in 4-H in Eureka
and was a leader of the Royal Rangers.

Delmar was a very giving and kind person and his goal in life
was to make a friend everyday. His favorite Bible verse was Psalm
118:24 "this is the day that the Lord has made; let us rejoice and
be glad in it." He was a graduate of the Bible School in Lakeland,
FL and devoted his time to missionary efforts.

Funeral services will be held at 10:30 am on Monday, October 15,
2012 at the Argo-Ruestman-Harris Funeral Home in Eureka. Pastor
Dave Smith will officiate. Visitation will be held on Sunday
afternoon from 2-4 pm at the funeral home. Burial will be in the
Roanoke Mennonite Cemetery.

Memorial contributions may be made to the Mennonite Central
Committee. Online condolences may be sent to the family at

To send flowers to the family or plant a tree in memory of Delmar Householter, please visit our floral store.

To send flowers to the family in memory of Delmar Householter, please visit our flower store.