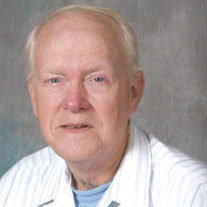 An Army veteran, Don proudly served his country during the Vietnam War. He was a member of the Roanoke American Legion Post #463.

Don worked as a truck driver for over 40 years before he retired in 2012. He loved his Pontiac GTO and belonged to the HOI GTO Club. He also enjoyed spending time with his grand kids as well as being outdoors gardening, fishing, and watching squirrels and birds.

Funeral services will be held at 11:00 am on Saturday, January 17, 2015 at the Knapp-Johnson-Harris Funeral Home in Roanoke. Pastor Randy Miller will officiate. Visitation will be held from 9-11 am before the service at the funeral home. Burial with military rites will be in Roanoke Township Cemetery.

Memorial contributions may be made to the Knapp-Johnson-Harris Funeral Home to assist the family with funeral expenses. Online condolences may be sent to the family at www.knappjohnsonharris.com.


To send flowers to the family or plant a tree in memory of Don L. Miller, please visit our floral store.

Please click here to view the video tribute
To send flowers to the family in memory of Don Miller, please visit our flower store.