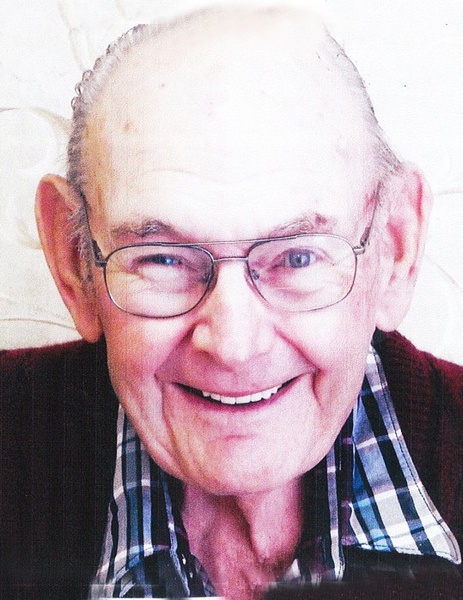 Eldon J. Harms, 94, of Eureka, formerly of Roanoke and Benson, passed away at 2:20 am on Tuesday, April 20, 2021 at The Loft Rehabilitation and Nursing Home in Eureka.

He was preceded in death by his parents, and one great-grandson, Christopher Kirby.

Eldon was a lifelong farmer in the Benson area.  He loved antique John Deere farm tractors and always enjoyed a good antique tractor plow day.   He was a member of the Woodford County Farm Bureau and the Roanoke United Methodist Church.

Funeral services will be held at 2 p.m. on Friday April 23rd at Knapp-Johnson-Harris Funeral Home in Roanoke.  Visitation will be from 1-2 pm Friday prior to the services at the funeral home.  Burial will be at Clayton Township Cemetery.  Social distancing guidelines will be observed and the funeral service will be lived streamed on the Knapp-Johnson-Harris Funeral Home Facebook page.

Memorial contributions may be directed to the Roanoke United Methodist Church.  Online condolences may be sent to the family at knappjohnsonharris.com.

To send flowers to the family or plant a tree in memory of Eldon J. Harms, please visit our floral store.

A Memorial Tree was planted for Eldon

To send flowers to the family in memory of Eldon Harms, please visit our flower store.