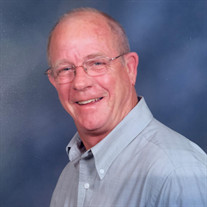 He was preceded in death by his parents and his son, Mark Colclasure.

A Navy veteran, Garry served his country during the Vietnam War. He was a member of the Roanoke American Legion Post # 463.

Garry was a union truck driver working with the local teamsters.

Garry was always willing to serve and give back to his community. He served on the Roanoke-Benson Unit District #60 school Board, the Village of Roanoke zoning board, and was a boy scout leader. He was a member of the Roanoke United Methodist Church.

Most of all though, Garry enjoyed spending time with his grandchildren and rooting on his beloved Chicago Cubs.

Cremation rites will be accorded and private services will be held at later date with inurnment in Roanoke Township Cemetery. There will be a Celebration of Life held at a later date for the public. Knapp-Johnson-Harris Funeral Home in Roanoke is assisting the family with arrangements.

To send flowers to the family or plant a tree in memory of Garry Colclasure, please visit our floral store.

Please click here to view the video tribute
To send flowers to the family in memory of Garry Colclasure, please visit our flower store.