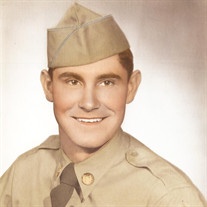 He was born on October 20, 1927 in Secor, IL to Lloyd M. and Marie Anliker Kindig. He married Janice Armstrong on September 6, 1953 in Roanoke, IL. She survives.

He was preceded in death by his parents, two sisters, and his twin granddaughters.

An Army veteran, Ivan proudly served his country during the Korean War.

Ivan worked in quality control and inspections for Ulrich Manufacturing in Roanoke and McBride and Shoff in Metamora. He also farmed the family farm and worked for Swiss Bell Farms for many years until retiring in 2012.

Ivan loved taking rides on his Harley Davidson motorcycle and enjoyed riding late into his years, riding even into his 80s. He also loved trains and enjoyed going on train trips across the country.

He was a member of the Eureka Church of Christ.

Funeral services will be held at 10 a.m. on Friday, October 18th at Knapp-Johnson-Harris Funeral Home in Roanoke. Gary Cline will officiate. Visitation will be from 4-7 p.m. on Thursday also at the funeral home. Burial with military rites will be in Roanoke Township Cemetery.

Memorial contributions may be made to Unity Point Hospice or to the Alzheimer's Association. Online condolences and tributes may be sent to the family at knappjohnsonharris.com.


To send flowers to the family or plant a tree in memory of Ivan L. Kindig, please visit our floral store.

Please click here to view the video tribute
To send flowers to the family in memory of Ivan Kindig, please visit our flower store.