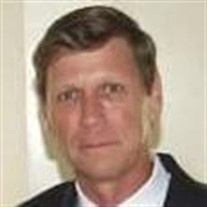 Jim received his degree in engineering from Southern Illinois University. He was a manufacturing engineer, working at Caterpillar for 40 years, retiring in 2013.

Per his wishes, cremation rites will be accorded and private family services will be held at Clayton Township Cemetery in Benson. Knapp-Johnson-Harris Funeral Home in Roanoke is assisting the family with arrangements.

Memorial contributions may be made to the Benson Ambulance, the United Way or to a charity of the donor's choice. Online condolences may be sent to the family at knappjohnsonharris.com.

To send flowers to the family or plant a tree in memory of James A. Tippey, please visit our floral store.

To send flowers to the family in memory of James Tippey, please visit our flower store.