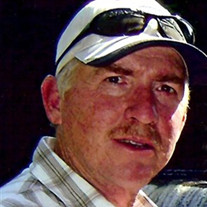 He was preceded in death by his parents, his step father,
Richard White, and his nephew Ryan Carr.

Joe was a truck driver for Darnall Concrete in Normal for 26
years. He was a jack-of-all trades and could fix anything. He was
known for his mechanical and carpentry skills.

Joe gave his life to the Lord on September 1, 2010. He attended
Community Bible Fellowship Church in El Paso where funeral services
will be held at 10 am on Thursday December 20th. Pastor
Wes Ooms will officiate. Visitation will be held from 4-8 pm on
Wednesday December 19th at Ruestman-Harris Funeral Home
in El Paso. Burial will be in Centennial Cemetery rural El
Paso.

Memorial contributions may be made to the family. Online
condolences may be sent to the family at
ruestmanharrisfuneralhome.com

To send flowers to the family or plant a tree in memory of Joe Carr, please visit our floral store.

To send flowers to the family in memory of Joe Carr, please visit our flower store.