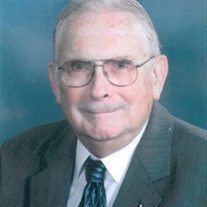 Funeral services will be held on
Tuesday, October 16, 2012 at Grace Church in Normal at 10 am with
Pastor Edward L. Scearce officiating. Visitation will be held on
Monday, October 15, 2012 at Kibler-Brady-Ruestman Memorial Home in
Bloomington from 5-8 pm. In lieu of flowers, memorials may be made
to Grace Church or to Gideon International in John's name.
Interment will be at East Lawn Memorial Gardens in Bloomington.

Surviving are his son, John S.
(Lyndal) Kleinsteiber of Paxton, three grandchildren, Ross, Rachel,
and Grant Kleinsteiber all of Paxton, two sisters, Grace DuMond of
Indiana and Lois Holmes of Rantoul, IL, along with several nieces
and nephews.

In addition to his wife Elissa,
John was preceded in death by his parents.

He served his country in the U S
Army during WW II.

John taught chemistry and math for
forty years in the Bloomington Public Schools.

He was a member of Grace Church in
Normal, where he served as an Elder. He was also a member of Gideon
International.

John enjoyed conducting Bible
studies in area nursing homes along with studying Scriptures. He
also enjoyed spending time with his family and attending his
grandchildren's activities.

To send flowers to the family or plant a tree in memory of John W. Kleinsteiber, please visit our floral store.

To send flowers to the family in memory of John Kleinsteiber, please visit our flower store.