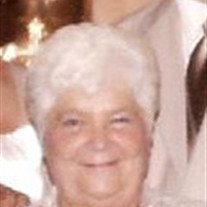 
She was born July 28, 1941 to the late Norman and
Arlene Strand Kenney. He passed away in the war and Arlene married
Haslem (Pops) Brew. Judy married William Moline November
20th, 1965 in Lacon. They later divorced but remained
good friends. He passed away March 9, 2011.


Judy worked as a school teacher for Wenona and
Fieldcrest grade school until she retired in 2000. After retiring,
Judy worked as a substitute teacher for Fieldcrest until finally
calling it a career in 2010. Judy loved to read and watch old game
shows on TV and visit Door County with her sister Carol. Judy also
loved the Chicago Cubs and was able to watch them win one last time
before her passing on Friday.


Visitation will be Monday June 3 at Lenz Memorial
from 5-7pm with services following at 7pm. Cremation rites will be
accorded and inurnment will be at Lacon Cemetery on Wednesday.
Online condolences can be left at lenzmemorial.com.

To send flowers to the family or plant a tree in memory of Judith Moline, please visit our floral store.

To send flowers to the family in memory of Judith Moline, please visit our flower store.