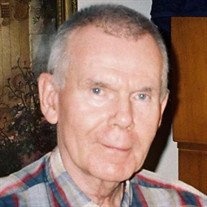 Larry Dean Fash, 85, of Eureka, formerly of Roanoke, died Monday, February 15, 2021 at his residence.
He was born October 4, 1935 in Peoria, the son of Lawrence and Lucille Kramer Fash. He was preceded in death by his mother, father and his beloved stepfather, Robert B. Monge.
Larry is survived by his cousins, Allen Farmer of Tucson, AZ, Carol Kramer Crocker of Andalusia, IL, and Guy Porth of Reedsburg, WI.
Larry held several advanced university degrees and was a transportation, quartermaster and medical corps military veteran.
He had served as a supply pastor in United Methodist and Brethren churches and was well known for his nursing home and shut-in ministries.
Larry worked as an accountant and parts manager in the early days of Roanoke Motor Company, and later served several area firms as a writer and publications specialist, including Publications Director of the Eureka vacuum cleaner company in the early 1970s.
He was an English, speech and theater instructor, and athletic coach for several years, four of those years being in the former high school in Bellflower, IL.
He was also Manager of the former Hubbard Camera Shops in Peoria.
At Larry's request, cremation has been accorded with no visitation or services. Burial of ashes along with those of his dog, Princess, will be at a later date at Panther Creek Church of the Brethren Cemetery east of Roanoke. Knapp-Johnson-Harris Funeral Home, Roanoke, is in charge of arrangements.
Memorial may be made to Fisher House Illinois, 5000 S. 5th Ave., Hines, IL 60141 or hines.va.gov
Online condolences can be sent to the family at knappjohnsonharris.com.

To send flowers to the family or plant a tree in memory of Larry Dean Fash, please visit our floral store.

To send flowers to the family in memory of Larry Fash, please visit our flower store.