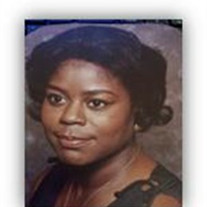 Loretta Amos was born on January 15, 1938 in Chicago, IL.
She was one of 14 children.  She received her education in
Chicago.  Loretta supervised for Market Research
Corporation of America in the Chicago area during her earlier
years.  After retirement, she relocated to Bloomington and
worked part-time for Cub Foods and Wesleyan University in food
service.

Like some of her sisters, Loretta was an excellent cook.
To have dined at her place, would always want to make you come back
for more. She loved spending time with her family and was
always ready for a game of "Bid Whist" as she listened to her jazz
music.

"Lo" has also accepted Christ as her personal Savior.

Memorial Services will be held on Thursday, November 8, 2012 at
6 pm at Word of Life Church, 719 W. Chestnut in Bloomington with
Elder Mark Tyler and Pastor Charlotte Dotts officiating.

In lieu of flowers memorials may be directed to the family in
Loretta's name. Kibler-Brady-Ruestman is assisiting the family with
arrangements.

To send flowers to the family or plant a tree in memory of Loretta Amos, please visit our floral store.

To send flowers to the family in memory of Loretta Amos, please visit our flower store.