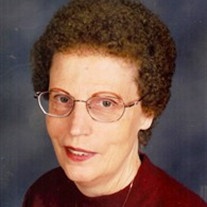 
Lorraine was a graduate of Midstate College. She
went to work as a secretary at Caterpillar downtown headquarters
and later the Tech Center. She also spent over 30 years as the
receptionist for Lacon Eye Clinic & Dr. John Geiser.


She was a member of the Lacon Sparland United
Methodist Church.


She was preceded in death by her parents, step-
daughter Jill Carter, and 2 nephews.

Services will be held on Tuesday,  February 25 at 11am at
the Lacon Sparland United Methodist Church. The reverends Mike
Barclay and Bob Hentrich will officiate. Visitation will be Monday,
February 24 from 5-7pm at Lenz Memorial Home in Lacon. Burial will
be in Immaculate Conception Cemetery. Memorials can be made to her
church or Illinois Cancer Care. Online condolences can be left at
lenzmemorialhome.com

To send flowers to the family or plant a tree in memory of Lorraine Sue Royer, please visit our floral store.

To send flowers to the family in memory of Lorraine Royer, please visit our flower store.