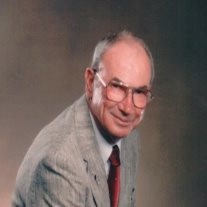 Lyle Heineke
Benson- Lyle P. Heineke, 89, of Benson, IL, passed away at 5pm on Wednesday June 4, 2014 at the Apostolic Christian Home of Eureka.
He was born on February 14, 1925 in Benson, IL to John and Sena Woltzen Heineke. He married the love of his life, Betty Ann Brockling on August 9, 1947 in Minonk, IL. She survives.
Also surviving are two sons, Paul (Julie) Heineke; Bruce (Pattie Tyner) Heineke both of Benson, IL; two daughters, Pam (Terry) Micheletti of Danvers, IL; Beth (Walt) Deehring of Peoria, IL; one sister, Wanda Ladendorf of Metamora, IL; 12 grandchildren, Eric (Kim) Micheletti; Heidi (Tom) Felstead; Erin (Neal) Douglas; Neil (Erica) Heineke; Dawn (Dave) Alford; John (Jessica) Heineke; Jeremy (Amy) Rocke; Valerie (Cory) Olson; Justin (Sarah Wallace) Rocke; Leland (Christine) Deehring; Trisha (Mike Haas) Deehring; Dexter Heineke; and 23 great grandchildren.
He was preceded in death by his parents, one brother, one sister, and one grandson.
An Army Air Force Veteran, Lyle proudly served his country in WWII where he was stationed in the South Pacific and flew 46 B24 bomber missions. He was a recipient of the Distinguished Flying Cross. He was a member of the Benson American Legion Post #454, a lifelong member of the V.F.W. , and a member AMVETS.
Lyle started Heineke Electric in 1950 in Benson, IL. He owned and operated the business alongside his family for as long as he was able. Lyle was very active and giving of his time to his community. Besides being a businessman, he served on the Benson Village Board for 36 years and was a volunteer fire fighter for the Benson Fire Department for 54 years.
He was a member of St. John Catholic Church in Benson and was a Fourth Degree member of the Knights of Columbus and was a Grand Century donor to the Newman Apostolate Fund. Lyle was a charter member of Tall Oaks Country Club and the Moose Lodge in Bloomington, IL. One of his true passions in life was duck hunting and he belonged to Ducks Unlimited. He was also a die hard Cubs fan.
Funeral Mass will be held at 10:30 am on Saturday June 7, 2014 at St. John Catholic Church in Benson. Father Neri Greskoviak will officiate. Visitation will be held from 9-10:30 prior to services at the church. Burial with military honors will be held at St. John Catholic Cemetery in Benson.
Memorial contributions may be designated to the Crohn's and Colitis Foundation of America; the Benson American Legion Post 454, or to the St. John Catholic Church. Online condolences may be sent to the family at www.knappjohnsonharris.com.


To send flowers to the family or plant a tree in memory of Lyle P. Heineke, please visit our floral store.

To send flowers to the family in memory of Lyle Heineke, please visit our flower store.