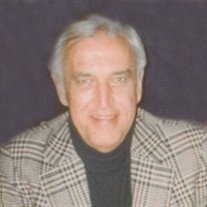 Funeral services will be held at
2:00 p.m. on Monday, February 18, 2013 at Trinity Lutheran Church
in Bloomington with Pastors Thomas Wirsing and Allen Steinbeck
officiating.  Visitation will be held from 11:30 am until the
time of the service at the church on Monday.

In lieu of flowers, memorials may
be directed to Trinity Lutheran Church, Trinity
Lutheran School or the American Cancer Society in Lyle's
name. Private interment will be in Park Hill Cemetery in
Bloomington. Kibler-Brady-Ruestman Memorial Home in Bloomington is
assisting the family with arrangements.

Lyle was born on November 25, 1922
in Bloomington a son of Walter and Alma (Gerling)Prenzler.

Lyle was preceded in death by his
parents.

He was baptized and confirmed at
Trinity Lutheran Church, Bloomington. He graduated from Trinity
Lutheran Grade School and Bloomington High School. He began
undergraduate studies at Illinois Wesleyan University and continued
pre-med studies at the University of Illinois in Urbana, when,
during World War II, he enlisted in the Navy. While in the Navy, he
continued his medical education, eventually graduating from the
University Of Illinois College Of Medicine in Chicago.

He served as a physician on ships
in the Navy until he was honorably discharged in 1950. He interned
at Queen's Hospital in Honolulu, Hawaii, and did residencies at St.
Elizabeth's Hospital in Washington, D.C., and Memorial
Sloan-Kettering Cancer Center in New York City.

He practiced medicine in
Bloomington, and Morris, Illinois, and from the late 1960s up until
his retirement, in Santa Ana, California.

He was an excellent swimmer and
enjoyed swimming even into old age.

To send flowers to the family or plant a tree in memory of Lyle H. Prenzler, M.D., please visit our floral store.

To send flowers to the family in memory of Lyle M.D., please visit our flower store.