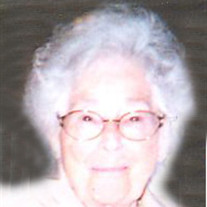 She received her bachelor's of arts degree from Eureka College
in 1962. She also did graduate work at Bradley University. She
began her teaching career in 1962 at Metamora Grade School and
taught for 24 years before retiring in 1986. She also stated how
thankful she was for all of the wonderful students who filled her
class rooms.

Mary Ann also actively volunteered in her community where she
served on the Board of Tazwood Human Services for 8 years, Eureka
Hospital Service League, and helped with the American Red Cross
Bloodmobile. She was a member of the Woodford County Retired
Teachers and Eureka Women's Club. Mary Ann was a volunteer and
financial supporter of the communities of Maple Lawn in Eureka and
for the past few years she has been a supporter of the Open Arms
Food Pantry in Metamora.

As per her wishes, cremation rites will be accorded and burial
of ashes will be held at a later date in Olio Township Cemetery.
Argo-Ruestman-Harris Funeral Home in Eureka is assisting the family
with their arrangements.

Memorial contributions may be made to the Open Arms Food Pantry
in Metamora, IL. Online condolences may be sent to the family at www.ruestmanharrisfuneralhom.com

To send flowers to the family or plant a tree in memory of Mary Ann Flanagan, please visit our floral store.

To send flowers to the family in memory of Mary Flanagan, please visit our flower store.