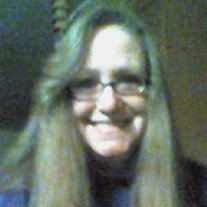 Patricia worked as a CNA II at Heartland Health Care in Henry
and also helped her husband Don with his construction business.

She enjoyed camping, fishing, reading, and playing Bingo at the
Lacon Legion for a girls night out. Her family gives a special
thank you to the staff of Rosewood in East Peoria and Passages
Hospice for their wonderful care.

Per her wishes, there will be no services. Cremation rites will
be accorded. Lenz Memorial Home in Lacon is assisting the family
with their arrangements. Online condolences may be sent to the
family at www.lenzmemorial.com.

To send flowers to the family or plant a tree in memory of Patricia French, please visit our floral store.

To send flowers to the family in memory of Patricia French, please visit our flower store.