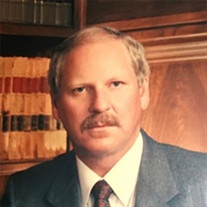 He was born on March 4, 1942 in Peoria to Joseph and Mildred Moritz Goodwin.

He was proceeded in death by his parents, one sister, Carol Goodwin Hamilton, and one brother, Richard "Dick" Goodwin.

Paul graduated from Roanoke-Benson High School and Illinois State University. He served his country in the United States Air Force. Paul was a school psychologist working with Autistic and emotionally disturbed children in Kingstree, S.C., and for thePeoria District 150 schools. He was partners with his mom at the Club 116 Supper Club in Roanoke for 5 years. He later moved to Houston, Texas to play golf year round. He also worked in the restaurant business as well as the insurance/annuity industry for many years.

Paul loved to take his daughter "punkin" fishing and crabbing which gave her a life long love of the outdoors. His love of the outdoors has been passed on to his granddaughter Ursula and will always be cherished. Such a gift. His selflessness was shown to others when hurricane Katrina hit assisting those at the Astrodome in Huston during their time of need.

Paul obviously loved playing golf, and was a lifelong Chicago Cubs fan. After retirement he spent many hours shelling pecans in his back yard to share with family and friends. He also spent many years with his beloved pit bull Igor, whom Paul called "the best of man's best friend".

Cremation rites were accorded, and a memorial service will be announced at a later date.

Memorial contributions may be made to an education fund for his granddaughter Ursula. Online condolences may be sent to the family at knappjohnsonharris.com

To send flowers to the family or plant a tree in memory of Paul L. Goodwin, please visit our floral store.

To send flowers to the family in memory of Paul Goodwin, please visit our flower store.