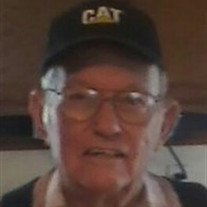 
He was born on February 1, 1925 in Jacksonville, IL the son of the
late Robert H. and Flossie Mason Birdsell.  He married Marilyn
Jason on July 7, 1955 in Wenona, IL.  She
survives.


He was preceded in death by his parents.


An Army veteran, Robert served his country with Company D 202
Infantry during WWII.  He was a member of the Walter Guede
American Legion Post 593 in Lacon.


Robert worked for 20 years at Bemis Bag in Peoria, IL and also did
farming.  He raised his daughters and sons along with having a
hand in raising many kids in
town.


Memorial services will be held at 6:00 pm on Friday, November 8,
2013  at the Lenz Memorial Home. Mike Barclay will
officiate.  Visitation will be held from 4-6 pm before the
service.  Cremation rites will be accorded and burial of ashes
will be in Jason Cemetery in rural Lacon at 3:00 pm on Saturday,
November 9.


Memorial contributions may be made to the Walter Guede American
Legion Post 593.  Online condolences may be sent to the family
at
lenzmemorialhome.com.

To send flowers to the family or plant a tree in memory of Robert Charles Birdsell, please visit our floral store.

To send flowers to the family in memory of Robert Birdsell, please visit our flower store.