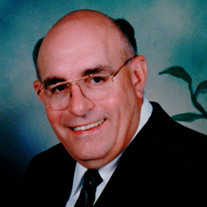 He was born on June 12, 1946 in Washington, IL to Barney and Dorothy Schmidt Isaia. He married Barb Aeschliman on May 3, 1969 in Roanoke. She survives.

He was preceded in death by his father, Barney.

An Army veteran, he proudly served his country during the Vietnam War. He was a member of the Roanoke American Legion Post # 463 where he had served as post commander in the past.
Bob was an engineer working at Caterpillar for 35 years, retiring in 2007.

Bob was always willing to give of his time to serve others. He devoted many years to the community and his church by serving in so many capacities. He was currently serving the Village of Roanoke as their Mayor, a position he has had for the last two years. He had also served as a trustee on the village board for 15 years.

Family was important to Bob, he especially enjoyed going on vacations with his family. He was always active in coaching and participating when his kids were younger and enjoyed spending time with and watching his granddaughters in their activities.

Funeral services with military rites will be held at 10 am on Tuesday April 7th at St. Peter Lutheran Church in rural Benson. Rev. Gabriel Baumgardner will officiate. Visitation will be held from 4-7 pm on Monday at Knapp-Johnson-Harris Funeral Home in Roanoke and one hour prior to the service at the church. Per Bob's wishes cremation rites will be accorded following the services and burial of ashes will be in Roanoke Township Cemetery at a later date.

Memorial contributions may be made to St. Peter Lutheran Church or Woodford County Relay for Life. Online condolences may be sent to the family at knappjohnsonharris.com.


To send flowers to the family or plant a tree in memory of Robert "Bob" Isaia, please visit our floral store.

Please click here to view the video tribute
To send flowers to the family in memory of Robert Isaia, please visit our flower store.