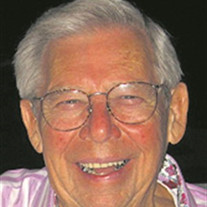 Bob attended Illinois Wesleyan
University, Bloomington where he was a member of the T.K.E.
Fraternity House.

He was the owner of Bob Johnson's
Restaurant for 35 years and business partner of Dennison Ford
Toyota.

He was a member of the Bloomington
Lodge 43, Scottish Rite and York Rite Bodies, Mohammed Temple
Shrine, Past Potentate in 1983, Royal Order of Jesters and
Bloomington Elk's Lodge.

Bob enjoyed  his retirement
years Rving and traveling. He was generous and loving, had a great
sense of humor and was a friend to all.

He was happiest entertaining
friends and family and will be missed by many people whose lives he
touched.

Online Condolences can be made to
the family at kiblerbradyruestman.com.

To send flowers to the family or plant a tree in memory of Robert Dale "Bob" Johnson, please visit our floral store.

To send flowers to the family in memory of Robert Johnson, please visit our flower store.