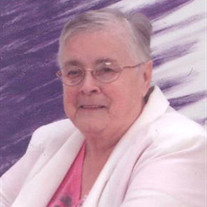 
She was born on December 30, 1935 in Ashland, IL a
daughter of Eugene and Gladys Mathy Holmes.


Sherry worked for Maple Lawn Homes in Eureka
retiring in 1999.


She was a member of Faith Baptist Temple in
Eureka.


Sherry was loved by her family and friends and will
be greatly missed.


Memorial contributions may be made to the family.
Online condolences may be sent to the family at
www.ruestmanharrisfuneralhome.com

To send flowers to the family or plant a tree in memory of Sherry G. Zimmerman, please visit our floral store.

To send flowers to the family in memory of Sherry Zimmerman, please visit our flower store.