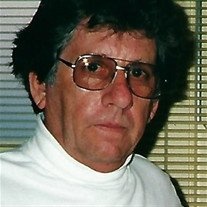 He was born on November 28, 1941 in Burlington, Iowa to H.W. and Margaret (Kaeferstein) Staats. On July 16, 1966, he married the former Rebecca Stieber in Peoria, IL with which he had two children, Anji and Steve J. Staats.

He was preceded in death by his parents and one son.

Steve was a self-taught electronics/television repairman for many years in Central Illinois. He had a lifelong love of amateur radio and enjoyed attending "HAM-fest conventions" around the country with other amateur radio operators. Now, in the world of HAM radio, the man who held the call sign W9DNI, becomes a "Silent Key", a term of respect for the deceased within the amateur radio community.

After his working years, he became a vagabond of sorts who loved to travel in his motor home, splitting his time between his two favorite locations - the isolation and beauty of Canada and the warm sands of the Gulf of Mexico.

A special thank you to the staff at Cross Shores Care Center in Port St. Joe, FL and Covenant Hospice, FL for their loving care and support.

Per Steve's wishes, cremation rites have been accorded and there will be no formal services. Online condolences and tributes may be sent to the family at knappjohnsonharris.com

To send flowers to the family or plant a tree in memory of Steve Staats, please visit our floral store.

To send flowers to the family in memory of Steve Staats, please visit our flower store.