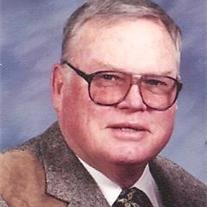 
He was preceded in death by his parents and his wife, Rosa.


Thomas worked for Caterpillar as a machinist.  He spent 20
years in the Navy, including some time served in the Vietnam
War.


He was a member of the Knights of Columbus in Lacon and the
Immaculate Conception Church.


Memorial contributions may be made to his church. Online
condolences may be sent to the family at
lenzmemorialhome.com.

To send flowers to the family or plant a tree in memory of Thomas Z. Jones, please visit our floral store.

To send flowers to the family in memory of Thomas Jones, please visit our flower store.