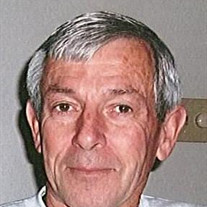 Tommy was a member of the Toluca Sportsman Club.  He farmed
all his life and also worked ar RS Jolliff & Son.  He was
a dedicated husband, father, grandfather, brother, and friend who
will be dearly missed.

To send flowers to the family or plant a tree in memory of Thomas Ray Marchesi, please visit our floral store.

To send flowers to the family in memory of Thomas Marchesi, please visit our flower store.