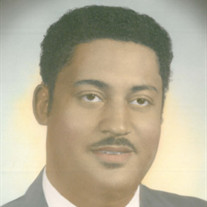 Walter was born on January 2, 1931
in Mississippi, a son of Willie and Mary Owens Walls. He married
Clara Gant on December 27, 1987 at Bloomington.

He was preceded in death by his
parents, 2 sisters; Dorothy Mayfield and Geneva Walls; 3 brothers;
Willie T. Walls,  Albert Walls and Charlie Cameron.

Funeral services will be Thursday ,
March 6, 2014 at 11:00 a.m. at Mt. Pisgah Baptist Church with
Rev. Frank L. McSwain Sr. Officiating.  Burial will be in
Evergreen Cemetery, Bloomington. Visitation will be Wednesday from
5 to 7 at Mt. Pisgah Baptist Church. Kibler Brady Ruestman Memorial
Home in Bloomington is assisting the family with arrangements.

Walter was employed by Neslte Beich
in Bloomington for many years and also was a bus driver for Ryder
Student Transportation. He was a member of M.W. Prince Hall Masonic
Lodge, Moose Lodge, Teamsters and the Eureka Saddle Club.

Memorial contributions may be
directed to his family.

To send flowers to the family or plant a tree in memory of Walter Walls, please visit our floral store.

To send flowers to the family in memory of Walter Walls, please visit our flower store.