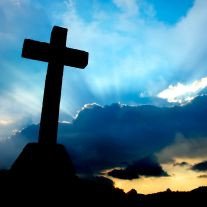 Roanoke - Wilmer E. Blunier, 101, of Roanoke, passed away at 1:08 am on Wednesday December 23, 2020 at the Roanoke Apostolic Christian Home where he was a resident.

An Army veteran, Wilmer served his country in Europe during WWII. He was a member of the Roanoke American Legion Post #463.

Wilmer farmed in the Roanoke and Benson area all of his life.

Wilmer's faith and his family always came first and he enjoyed his time spent at family gatherings and church activities. He was a member of the Apostolic Christian Faith Church in Eureka.

A private family service will be held at 10:00 a.m. on Monday, December 28, 2020 at Knapp-Johnson-Harris Funeral Home in Roanoke. Although the services are private in attendance it will be live streamed for public viewing at the Knapp-Johnson-Harris Funeral Home Face Book page. Services can also be accessed through the church phone dial in services at 701-801-1211 access code 823933657#. Burial will be at Roanoke Apostolic Christian Church Cemetery.

In lieu of flowers, the family asks that memorial donation be given to the Apostolic Christian Home of Roanoke. Online condolences and tributes may be sent to the family at knappjohnsonharris.com

To send flowers to the family or plant a tree in memory of Wilmer Blunier, please visit our floral store.

To send flowers to the family in memory of Wilmer Blunier, please visit our flower store.